Washington State Department of Health (DOH) monitors marine waters for pollution and evaluates shellfish growing areas in the state to determine their suitability for commercial harvest. DOH classifies growing areas as Approved, Conditionally Approved, Restricted, or Prohibited for commercial harvest based on proximity to pollution sources, marine water sampling results, and other factors. Clean water is essential for safe shellfish harvest, because "filter feeders" such as clams, mussels, oysters, and geoducks accumulate bacteria and viruses as they filter large amounts of water in search of food. 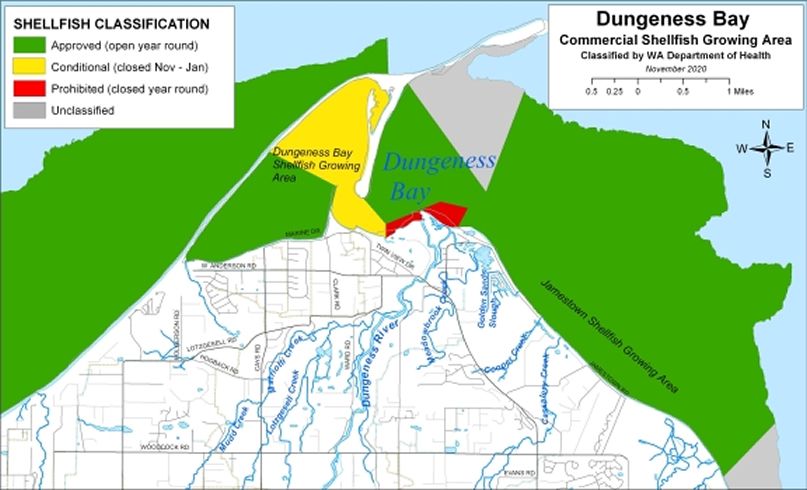 For years, Dungeness Bay was certified by DOH as Approved for commercial shellfish harvest. Bacterial pollution problems in Dungeness Bay and the lower Dungeness River watershed emerged during the 1990s.

The 2011 upgrade is due to improved marine water quality at monitoring stations near the mouth of the Dungeness River and as those trends continued additional upgrades were added. The changes in classification was prompted by the results of a comprehensive review of pollution conditions and water quality data by DOH, and follows years of cleanup actions, monitoring, and public outreach by Clallam County, Clallam Conservation District, the Jamestown S'Klallam Tribe, and other partners. The reclassified area has the same seasonal restriction as inner Dungeness Bay: open to commercial shellfish harvest from February through October but closed from November through January. The tidelands surrounding the mouth of the Dungeness River are still closed to shellfish harvest year-round due to freshwater inputs from the river and Meadowbrook Creek, elevated levels of fecal coliform bacteria in Meadowbrook Creek, and uncertainty about the marine water quality at the mouths of these drainages. 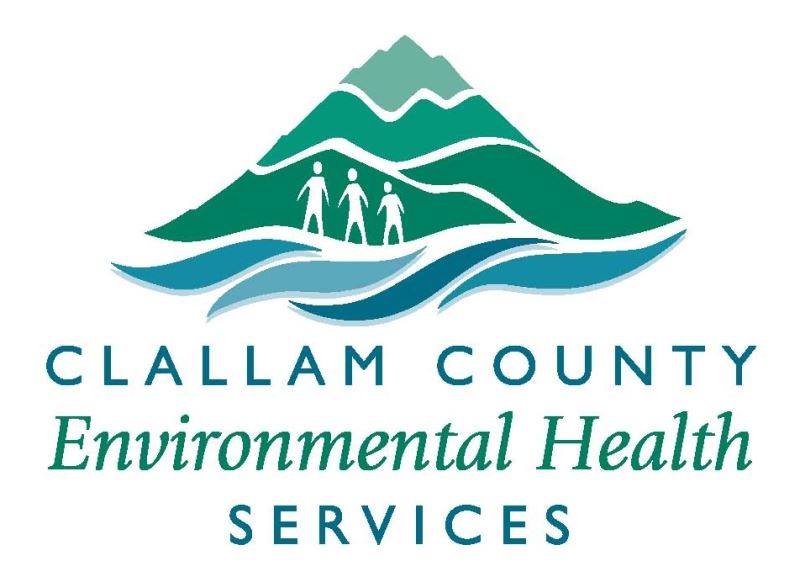